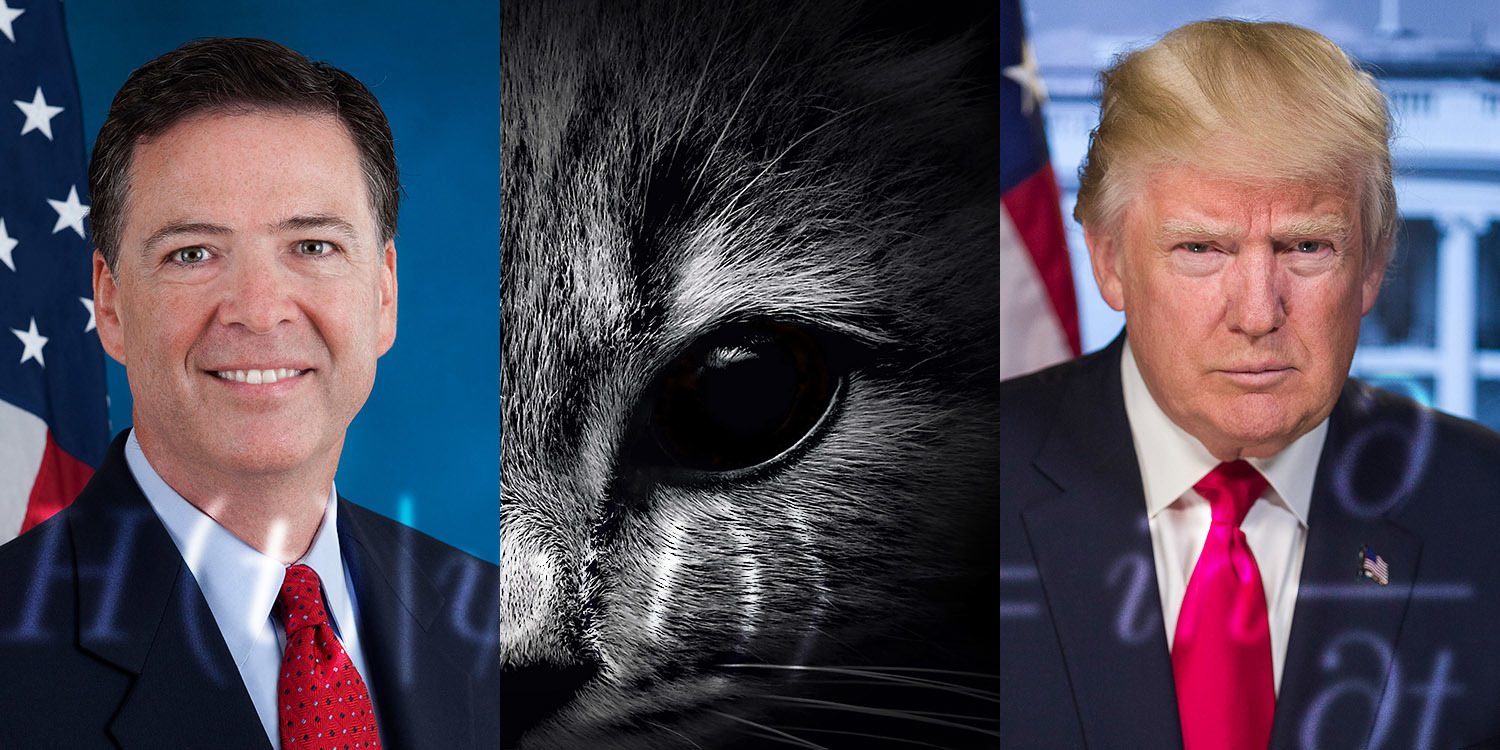 If this were an SAT question, the correct answer would be “(D) All of the above.”

In our politics, however, we are programmed to disregard multiple truths and perspectives. Instead, we are cultured to view the world through simplistic lenses of binary judgment. Right and wrong. Left and right. Zero sum games where enemies of enemies are friends.

There is little room for the nuance several Senators have rightfully drawn, questioning the timing and motivation of the FBI Director’s dismissal while defending Deputy Attorney General Rod Rosenstein’s well-crafted indictment of Comey’s failings in the Clinton case. The same paradox has long left narrow ground in the political center for those who oppose or despise the choices and actions of others, yet defend their individual rights to each.

By draping the firing with the Clinton narrative, the White House baited opponents into a predictable hysteria, expecting the credibility of Democrats’ cries to be undercut by having made the same case previously for giving Comey the axe.

This pervading black-or-white view is the bedrock of today’s White House strategy, just as it fueled the divisiveness of the campaign before. The Trump team depends on voters getting lost in the muddle surrounding a Democratic message of “Comey should have been fired for the reasons Trump said, but not for the ‘real’ reasons we suspect Trump did.”

Now, however, Trump’s brand of reductive political reasoning presents an existential threat to his presidency and his ability to lead credibly.Understanding why requires looking not to political history, but to an Austrian physicist’s thought experiment of four score ago.

In 1935, Erwin Schrödinger posed this scenario: a cat is locked in a steel box. In the box is also a container of radioactive material, some poison, and a Geiger counter. If the counter detects leaking radioactivity — a presumed inevitability — the poison is released. The cat dies. But with no visibility into the box, and no knowledge of whether the cat is alive or dead, there comes a time when we must assume and behave as if the cat is both alive and dead.

The president is asking us to put questions surrounding Russia’s meddling in our election and ties to members of his inner circle in an equally opaque steel box. Even in Comey’s pink slip, the president inserted a paragraph of self-acquittal in hopes we move on. All the while, that same binary frame Trump applies to other issues forces an extreme polarity of believing either that he stands at Putin’s command, or that all allegations are unfounded.

The presidency is Schrödinger’s cat; its credibility on the global stage is either alive or dead. But so long as the truth is sealed in the box, the world must assume and behave as if both are true. This eventuality represents a grave threat to the security of the United States and the nation’s standing in the world.

The box must be opened. Independent investigation must proceed. A special counsel must begin to settle the issue. The questions of influence in our government and interference in our elections cannot become another never-ending Washington grudge match fought by those who see self-benefit in perpetuation over clarity.

The truth, like most political truths, is probably in the unpermitted nuance of the middle. Government is more “Veep” and “The Thick of It” than “The West Wing” or “House of Cards.” The failings of those who serve in it are more often derived from well-intentioned incompetence than sinister collusion. There are undoubtedly those in the Trump organization who made connections with Russia out of the expectation that future business opportunity was a more likely outcome than a Trump presidency and the ethical obligations leadership entails. Certainly, all the polls of the time would have supported this naïveté.

But there’s no half-dead in Schrödinger’s posit, nor in politics and diplomacy. With no public investigation, the presidential pulpit remains both dead and alive. One president is a Russian agent sitting behind the Resolute desk, and another is not. Until the box is opened, granting transparency and resolution, we observers are left drinking the poison.